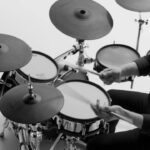 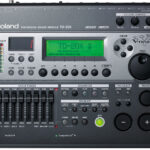 Please note: This is an opinion blog post. Please make your own conclusions and form your personal opinion despite what you will read in this article.

2017 was a year of many major electronic drum innovations. Pearl came out with the Mimic Pro Sound Module, ATV revealed the aDrums and Alesis released the Strike Pro drum set.

Sadly, the latter product in my listing is a total disappointment!

The Alesis Strike Pro was supposed to be the new flagship electronic drum set covering the 2000-3000$ price range. It was advertised as the electronic drum set that unites big shell sizes, real drum sounds and affordability, but turned out to be a massive failure for a large number of customers due to the amount of “build in problems”.

What are Common Issues of the Alesis Strike Pro?

The biggest issue is the not well functioning hi-hat. So many people do seek help to set this thing up but struggle with finding a proper solution. The problem with electronic hi-hats is, that only a few companies have successfully made a functioning “hi-hat – module – unit”. Alesis is not one of them. They made a hi-hat that looks like the flagship Roland hi-hats but functions like a cheap entry level hat.

Some Strike Pro owners could only get a decent trigger result by adding a Roland VH-11 hi-hat. Others ignore the issue, accept the situation or do not know how a hi-hat is supposed to feel.

Durability of a Wedding Cake

Failing cymbals within the first few months… This became already one of the known “Strike-Issues” in the e-drum scene. And if this would be the only sad fact, it is even worse. There are Strike customers that had to receive 3 or more replacement cymbal pads until they had something that finally worked. (Let’s see for how long).
If an electronic drum cymbal, a product that is made to be hit with a stick, does not even survive its first 3 months, you call it… I better not say it.

It can happen that a part of an e-drum set comes faulty. But it should not happen again with the replacement part.
Crashes, hi-hats and rides stop functioning out of nowhere. But at least the other components work right? Well, let’s say they do…most of the times.

Some had sound modules that already died or even arrived death, others have trigger foams coming off and some experienced trigger outages on the mesh pads.

At this point, you might ask yourself: “Where did I get all this information?”

Negative reviews are a great indicator if they are not related to retail issues like shipping delays but describe in detail why this thing is a bad product. This is a good tip in general. Check the negative feedback of any product and see if it is honest and reasonable.
If you do a proper research and compare the Strike Pro to other similar products, you will find out quickly that there is something very dodgy about this drum-set. Here are some sources for the start:

Keep in mind: I have not played the Strike Pro myself. I got my information first hand from former Strike owners, sellers and distributors who were kind enough to send me honest feedback on this set. Thanks for that!

“But the Strike Pro works for me!”

I am happy for everyone that got a functioning set. But you being lucky does not make the Strike Pro a good product. If every 10th customer has issues with it, it is still a fail. Have you ever heard of people having similar issues with gear from other e-drum manufacturers (Roland, 2Box, Yamaha) at such a high rate? I haven’t!
Such a high failure rate makes the Strike Pro a risk because the possibility of you buying this drum set and ending up with a pile of non-functioning e-drum gear is actually very high.

Would you buy a car that is known for spontaneously bursting into flames in 10% of the cases?

Why am I Even Complaining?

What is my motivation to write this post you ask? Am I a Roland fanboy that cannot stand other brands? Not at all! I just like stuff that works as advertised.

I am a “Quality-Gear Fanboy”

But seriously, here are my reasons:

Reason 1: I want to answer a question that people ask repeatedly. They want to know if they should or shouldn’t buy a Strike Pro. A blog post is perfect to answer this once and for all.

Reason 2: Most reviews from major drum magazines and blogs about the Strike Pro are way too positive. Music magazines like Gag, rate this set with 4 out of 5 stars to lure people into buying this thing. The problem with all those magazines and music blogs is, that they are dependent on the commission they get for the sales lead.
They are not independent and therefore not objective. Do not believe every word published in major music magazines. Especially since they are mostly not real experts on the subject of electronic drums.

Reason 3: People get tricked into buying this thing. No one tells unexperienced drummers that they have to expect endless hours adjusting settings without the guarantee of having a satisfying result.

Reason 4: Some Strike Pro owners have developed a Stockholm Syndrome towards Alesis, making them praise their purchase regardless. They WANT to believe they got a great e-drum set for 2500$ and are too proud to admit that they have potentially just wasted money.
People sometimes lie to themselves and others in order to justify the money spent on something that is simply not good. Who would admit a 2500$ mistake – purchase? Most would not because it hurts!

Reason 5: The Strike Pro is hyped and defended by drum newbies. People without drumming experience, who do not know how a drum set is supposed to feel, think that everything that triggers a drum sound is great. Don’t get me wrong, I do not want to talk bad about beginners, everyone has to start at some point, but beginners do simply not have the skillset to provide a credible opinion on the subject.

Overall I feel just sorry for everyone that got this drum set in false hopes. Maybe trough this post people do at least get the chance to consider.

You Don’t Want to Compare This with Roland V-drums

Some people do literally compare the Strike Pro with Roland’s electronic drums. One popular argument is: “Why should I pay 7000$ on a Roland flagship if I can have the same for 2500$ ?” This thought is wrong in so many aspects.

If you have the choice between the Roland TD-25 and Alesis Strike Pro, take the Roland set. Do not think you get a better value by choosing the Strike Pro. It is bigger and looks like more, but behind the curtains, it is an unfinished low-quality product with the potential to ruin your drumming experience, because one of its components is in repair for another 3 weeks.

You might think the Strike Pro is cheaper, but when your warranty cover is over, you will have to spend more money to keep it functioning, while the Roland user continues to have a functioning set for another decade.

The guys that think the Strike Pro is better than a Roland TD-25 set, have their own definition of the word “better”. They think “much sparkling stuff” is better, better than less stuff of a high quality.

This false assumption has never turned out to be true for anything in the history of humanity. It is a universal law that good things cost more money.

Who Should Buy the Strike Pro?

You have to ask yourself: Do you really want to spend endless hours with adjusting module settings and fixing stuff? If yes, go ahead, buy the Alesis Strike Pro and enjoy. If not! Avoid this thing like the plague!

Some Distributors Won’t Take it Back

Several Strike Owners who gave up the endless troubleshooting tried to get their money back. Unfortunately, some sellers offer only repairs but no refund after a while. What follows is an endless fixing cycle containing periods in which the Strike owner cannot play his set, as one component is currently in repair, as mentioned above.

Good luck playing this thing without a module!

Not only Problems but also Annoying Flaws

Above we talked about the actual issues related to the Strike Pro, but I think we also need to mention a very annoying functionality flaw.
If electronic drum modules would be internet browsers, the Strike Pro module is Internet Explorer from the Mid 90’s.
To be more clear, changing a drum set takes longer than a 90-year-old at the Walmart counter.
Some people literally forgot to play the drums during this waiting period.

Potential Reasons for this Failure

There are several possibilities on why this set turned out the way it is. But keep in mind, this is only my assumptions.

My Solution to Fix this Mess

I am not the type of person who just complains about something without having a solution. So here is what Alesis could do:

There is a Lot of Potential

The sounds of the Strike Pro are great, the volume faders and the LCD display of the module are very nice and the rack with those adjusting slots is an engineering masterpiece. So why not take this potential to create a better product? If the product is better, you can save more money on the customer support.

It is not my intention to offend Strike Pro owner nor Alesis. But someone has to tell people what they have to expect when buying an Alesis Strike Pro. This drum set is hyped like crazy and no one has the guts to name these very annoying flaws.

I want my readers and viewers to have the best drumming experience. And I think the Strike Pro cannot provide this at all.

Remember: The approach of my Channel and Website is to recommend good quality e-drum gear for a decent budget. That being said: 2500$ is not even a low budget. You can get an awesome electronic drum kit with that budget if you do it correctly.

Please do your own research and test the Alesis Strike Pro yourself, to form your own opinion. But be critical and do not get blinded by big pads and loads of cymbals. 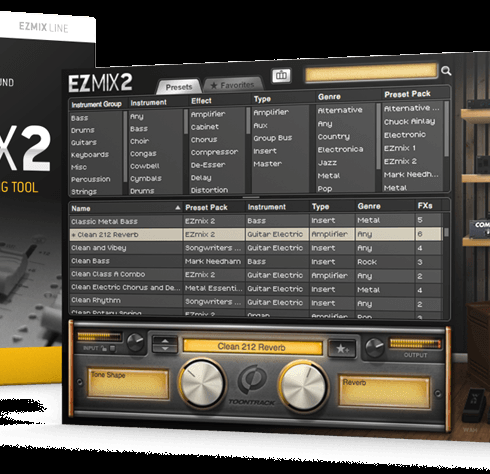 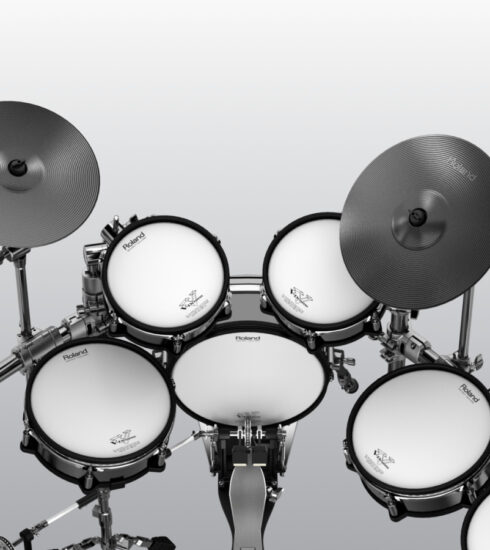 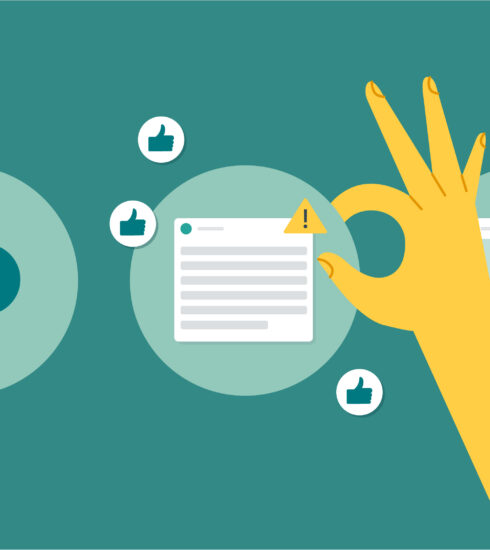 Why Negative Reviews are Good