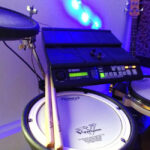 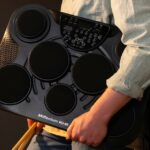 The piezo is an active electrical component, its electrical / physical properties are described in detail at Wikipedia.

Piezos used in E-Drums are actually abused. They were designed as membrane discs for speakers and sound generators. However, their form is also suitable as an analog detector for mechanical impulses, for example in an E-drum pad.

It is important to know that a piezoelectric element is polarized electrically and mechanically. Not all piezos are polarized in the same direction, the laterality of the polarity arises purely by chance during the production process. When using piezos as sound modulator, the polarity of the wires does not matter. The location or the colors of the connecting wires have no meaning in this context. Red is always the pigtail on the piezo-ceramic, black is the connection to the carrier plate. The actual polarity of the electrical output pulse depends on the random polarization of the ceramic disc and the direction of the mechanical force acting to the piezo disc.

The head piezo works as a shock pulse sensor, the rim piezo on the other hand, as a detector for body vibrations. The head trigger is usually a 27mm piezo with a foam cone applied for force transmission and damping. The cone can be combined with the overhead ceramic side by using adhesive film. The underside of the piezo disc gets connected to the base by means of a centrally glued adhesive dot with a diameter of 22 mm.

With a shock pulse on top of the “cone tip” the acting force is conical distributed and passed to the outer edge of the piezoelectric element. Now we have a bending moment on the rim of the ceramic disk, since the 22mm glue dot pushes against it from the bottom. This creates a tension, which causes the negative pole of the ceramic having a surplus of electrons / charge results that can be gripped as a charge pulse within the piezoceramic. The electric level of the pulse is dependent on the mechanical impact force and generates about 0.001 to 40 volts. The waveform is sinusoidal decaying. The pulse duration is between 3 and 20 milliseconds and is dependent on the duration of the mechanical impulse (shock, friction, reflection).

The head trigger detects strokes of the mesh head from the edge to the center (if the trigger cone is mounted centrally). Here is the most sensitive part of the system, a direct hit to the “cone tip” transfers the maximum possible effective force to the piezo – the so-called “hot spot” is triggered. If you damp the “hot spot” mechanically or electrically, the dynamic range will be restricted considerably.

The rim piezo takes the body sound vibrations that arise by strokes to the hoop (rim), and returns them further as an electrical sinusoidal signal (thus changing polarity at the piezo contacts). That is why the polarity of the rim piezo does not matter.

The rim piezo (35mm) can absorb the mechanical structure-borne vibrations optimally. It is applied by a 25mm adhesive dot as a mediator at the center of the trigger system construction. For the exact processing of the vibration signal inside the drum module, it is important that the rim piezo is mounted as close to the center of the trigger system as possible (it is about time differences in nanosecond range).

Almost all in the internet available wiring diagrams for piezos (when used as drum triggers) are incorrect or incomplete and are not corresponding to the actual function and effect of the used piezoelectric elements.

Tip: When buying piezos for head triggering, you should require the supplier to specify the actual polarity.

Remember: red = positive and black = negative is not always correct!

R-DRUMS measures the polarity of all their 27mm piezos (this only works with an oscilloscope) and the connection to the negative polarity is provided with a white mark (valid for conventional use > piezoceramic layer above, mechanical shock pulse from the top toward the piezoceramic).

How does MIDI work with E-Drums? 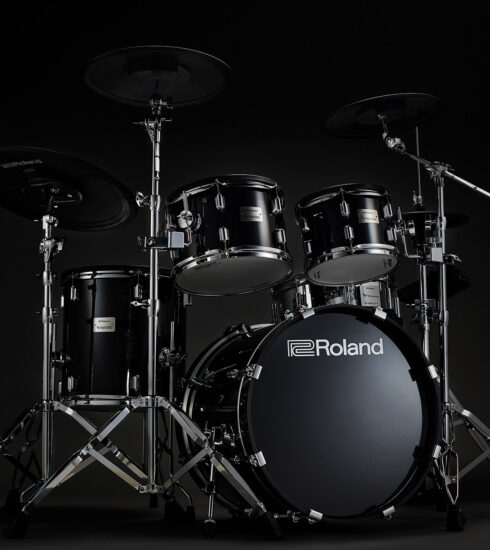 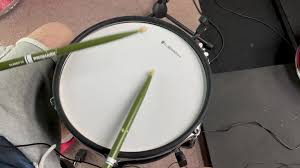 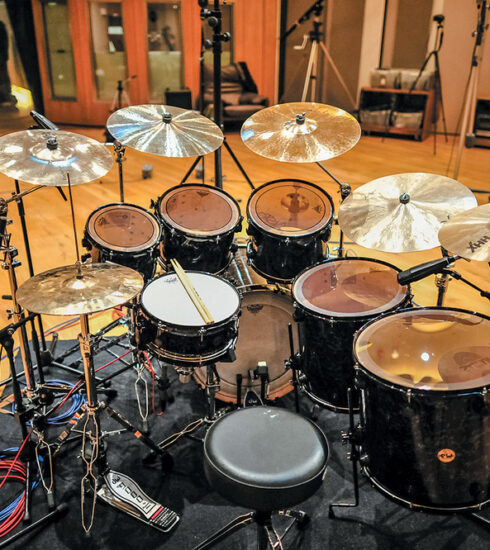